Say you're in a match. There's an opportunity that shows, of course you're going to take it right? However opportunities show left and right, which one do you try to take advantage of? This one? That one? Ackkkkk!!

In a match in anything, there's a flow of things. Between two opponents, an energy is created. Tension, lack of, strong, slow, hot, cold, etc. Sometimes it's just created by the timing of things or unknowingly by both fighters. However you have to ask yourself, if there is an opportunity, is this an opportunity that you just try to take advantage of, or did you create that opportunity?

When I see two opponents just swing at each other recklessly, it's because they just try to take those “chances” and get caught up in the flow of the fight. It starts to become mindless in a way.
After a while, our natural tendencies just have natural openings. Due to that, the matches look the same each round with the same results and plenty of wasted movement.

Now, to avoid getting caught in that flow of things, you have to be able to mentally control the fight as much as physically. You see opportunities, but is that one worth taking? Is it one that my opponent is setting up? Do they realize they’re even doing it? If you can control yourself mentally during the flow of the fight, you’ll be able to see all those things. If you just fight mindlessly, then you are mentally beaten. If you or your opponent can be mentally trained, you will be able to make opportunities rather than just take them. If you do take them, at least you can see which ones are actually worth the risk to take advantage of.

This is when I can see where kata or kumitachi can come into play. You learn about the opportunities that you can create due to a certain stances or philosophy that are taught through the kata. Gekken should be a practice to help “test” and see if you can apply what you learn in a kata. To have the mental discipline to not just lose control of yourself and being able to apply a philosophy that you learned is a tough test but the most rewarding.

Most practitioners just swing recklessly a lot of times, and they’re usually physically able, but mentally, they need to train to keep up with their physical prowess. That’s why some fighters who are not physically fit but have a strong mental discipline can still win against physically gifted fighters. However if you have both, then you truly are a dangerous opponent. This can be applied to many things in life, not just martial arts.

Ideally, the best practitioners are the ones that control or create the flow rather than just be caught in it. 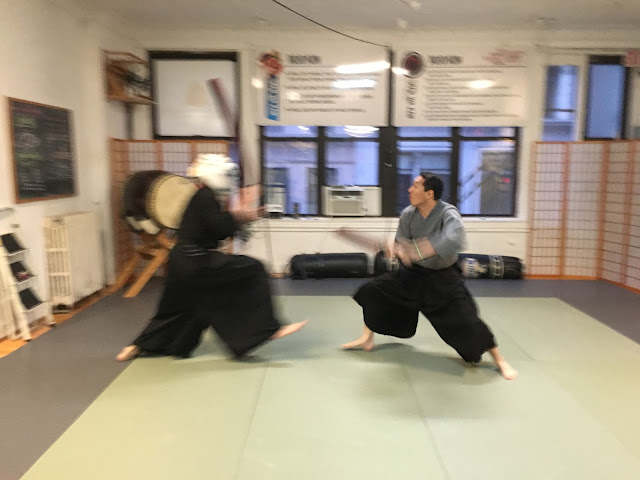 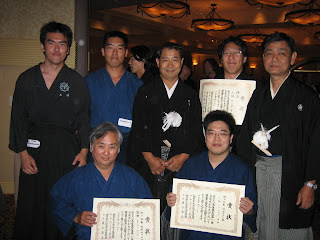 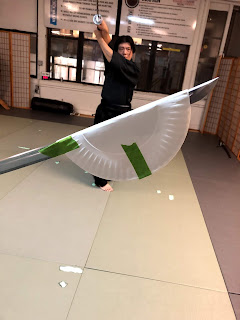